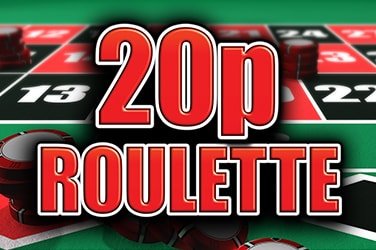 The world of online gaming can be a bit overwhelming to new players, and whether you’re a slots person or more of a traditional gamer, many modern games can seem very confusing. Whether it’s all the visual bells and whistles or the addition of all kinds of mechanics, mini games, storylines and extras, it can be hard to know where to start. That’s why we’re grateful for games like 20p Roulette, which are a gentle introduction to the genre, and where you can win big at your own pace. So is 20p Roulette table game a pared back walk in the park, or is it just spinning its wheels? Let’s take a look.

20p Roulette online casino game is an older title from the gaming arm of industry giants Inspired Entertainment. They’re better known for the gaming hardware side of the business, but with a few very popular titles under their belts such as the Centurion series. This game does exactly what it says on the tin, in the sense that its main selling point is the ability to bet just 0.20 credits at a time on the European style Roulette wheel, which is a great ‘in’ to the gaming world for newbies. This is a theme that runs throughout the game, because everything about it seems designed to appeal to players without much experience. 20p Roulette’s design is very clean and uncluttered, with a minimum of animations, and there are plenty of opportunities to read up on the rules and have the various options explained to you before you place a bet. Roulette players can access the instructions at any time by pressing the question mark icon at the top of the screen, so there’s no need to wait until the round is over before you can brush up on your knowledge.

That’s not to say that this is a game entirely for low rollers. This is still a fully functional roulette game, so more experienced hands are free to take part in any of the more complicated mechanics such as neighbour bets, and can ultimately bet as much as 10 credits on a spin. This unlocks winnings totalling as much as 1000 credits per spin, so if you’re lucky there’s plenty of money to be made at this particular table. Older hands might also find the style of this game refreshingly uncluttered, but in comparison to other modern roulette games it does look very basic, so it is certain to divide opinion. Like all European roulette games the RTP tops out at 97.3%.

As a traditional take on a classic roulette casino game, there are no feature bonuses as such, but there are a few options that can enhance your gaming experience on the 20p Roulette table game. For one, a helpful croupier is there to announce the winning numbers if you want to have the sound on, but you can silence him with a click of a button too. There is also a boost option that lets you skip the spin animation and gets you straight to the numbers, if you’re in a hurry.