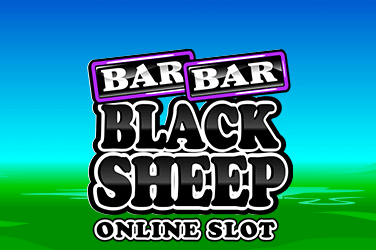 20 free spins with prizes rewarded by 3x the bet amount are all on offer in this Bar Bar Black Sheep online videoslot, whilst the simple gameplay should not fool Las Vegas Casino players!

Bar Bar Black Sheep slot game by Microgaming has quite clearly taken its source of inspiration from the well-known nursery rhyme of “Ba Ba Black Sheep” as the slot game has followed a theme that sees players taken to the farm and surrounded by sheep.

The visuals used are of a fun nature as players will love the cartoon-style images that have been used in regards to the background and the symbols on the playing grid.

The Bar Bar Black Sheep slot game paytable consists of a range of different icons, though, with players able to find a number of different fruits and vegetables such as the corn, the eggplant, oranges, apples, and watermelon which are then followed by the traditional BAR icon that can be found in many classic fruit machine games. Other icons to appear on the grid, which rewards the most, including the red barn and the two different sheep.

There is also a wild icon that is the game’s logo, whilst there is also a scatter that is depicted as a sack of corn with the words ‘free spins’ written on it!

Las Vegas Casino players who play this Bar Bar Black Sheep slot game will find that the playing grid used by Microgaming is of a rather standard and typical nature, as there are a total of 5 reels and 3 rows to have been used.

In addition, there are a total of 15 paylines available in which players can look to land winning combinations on and obtain a prize.

Microgaming might have followed a theme of simplicity with this Bar Bar Black Sheep slot game and that appears to have followed suit when it comes down to the bonus features available. However, that does not mean that these bonuses are any good, as each of them can provide Las Vegas Casino players with some great rewards!

The first is via the wild icon that was mentioned earlier in this review, with it having the ability to substitute for all regular icons (except for the scatter) when it lands on the playing grid to try and help form additional wins where possible.

As mentioned as well, the sack of corn is the game’s scatter and this is key to providing players with the ‘Free Spins’ bonus game that is playable. In addition, this game also comes equipped with multipliers!

Those that are able to land 3 of these icons will be able to play with 10 free spins, although four and five scatters will see a total of 15 and 20 free spins be awarded respectively. In addition, each of the free spins will have a 3x multiplier attached to them, meaning that prizes will be tripled!

Furthermore, this bonus game can be retriggered by simply landing three more scatter icons on any single spin, thus allowing Las Vegas Casino players to continue the fun for as long as possible!

Bets can be placed from a minimum of €/£/$0.15 and for a maximum bet of €/£/$150 per spin, therefore meaning players of all budgets are able to get involved in the action that Microgaming has been able to provide them with.

The return to player (RTP) rate for this Bar Bar Black Sheep online slot game is 95.32% and comes with a medium volatility level.

As mentioned, whilst this Bar Bar Black Sheep online slot game features some rather simple gameplay and visuals, players will note that the special bonus features that have been made available will turn that experience into one of the best.

Las Vegas Casino players able to trigger the free spins round could earn some big rewards with the 3x multiplier that is used, whilst the fact that the game can be retriggered should leave players wanting more and more!