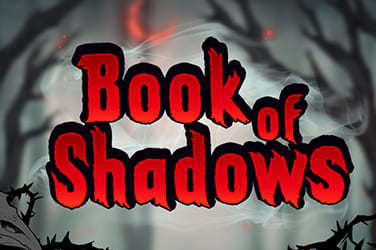 Horror-themed slot games have always been extremely popular, and so this game from Nolimit City has the potential to be up there with the best in this category, with a thrilling gaming experience as well as some impressive bonuses in play as well.

The horror theme is evident throughout this game, with the player being taken to a spooky forest, where the game takes place. There is an eerie soundtrack to accompany your gameplay as well, and the reels are also suitably dark and mysterious.

This is quite an innovative game from Nolimit City, with some new and interesting options and features that will definitely keep players on their toes, to go with the horror theme as well.

The standard card royal symbols show up on the reels as bright red icons, almost as if they were drawn in blood, while the rest of the symbols include eyes in a bottle, moths, a sheep’s head and cats. A mysterious girl also shows up on the reels, promising rich rewards, while the Book of Shadows has the potential to be the highest-value symbol in the game. It is also the game’s Wild and Scatter symbol.

This game has five reels and 10 paylines, which can be increased to 20. Wins are generated by landing three or more matching symbols on the paylines. The Book of Shadows symbol can payout 500x for landing five of it on the reels, which is the same payout as that of the girl. It will also replace other symbols in its standard role as the game’s Wild.

Another adjustable feature is Lucky Locks, where players can lock up to a maximum of four reels. Each lock will cost a little extra in terms of the bet, based on how lucrative it would be to lock that particular reel.

You will also have the option of playing a Gamble every time you get a win, where you will need to guess the colour of a face-down card correctly to double your win. Guess incorrectly and you will lose your win.

Landing three or more of the Scatter will trigger the Free Spins round, with the number of Free Spins depending on how many rows you want to play with. Three rows will give you 14 spins, four will provide 12 while five will give you 10 free spins. One of the symbols on the reels will also be randomly chosen to be a special expanding symbol, and it will expand to fill the entire reel whenever it lands. You will have one chance to replace this symbol if you want a different one to be the special symbol for this round.

With Free Spins and Expanding Symbols, as well as a theme that will take players’ breaths away, bettors at Las Vegas Casino will love this Book of Shadows online slot game!