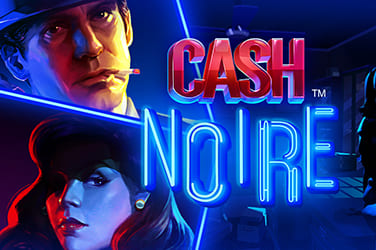 Mystery symbols and crime zones are all available in NetEnt’s Cash Noire online slot game that features 1,024 different ways to win, as well as an RTP rate of 96.06%!

NetEnt has managed to truly capture the film noire theme that they have gone with this Cash Noire videoslot, as they have designed a number of visuals and drawings that are rather fitting.

A film noire has been described as being a style or genre of cinematographic film marked by a mood of pessimism, fatalism, and menace and it is clear to see here.

As soon as this Cash Noire online slot game loads, players will find themselves in a classic American detective’s room where they will see a load of sharp and clear graphics and visuals that have been created.

The icons on the playing grid also feature some of the best designs as well, with a magnifying glass, a pack of matches, a playing card, a glass of whiskey, a dagger, a revolver, and four expertly designed character cards.

This Cash Noire online video slot game is played across a playing grid that consists of 5 reels and 4 rows, whilst there are a total of 1,024 different ways in which players are able to receive prizes.

Each time a win is recorded, a cascade will take place as the winning icons will disappear, leaving players with the opportunity to win from additional icons that appear to fill their positions.

There are plenty of Cash Noire bonus features available to play with, as NetEnt has not failed to disappoint Las Vegas Casino players.

The first is the ‘mystery symbols’ that can appear on the grid. This is the bank vault and once it appears on the reels, all of the bank vaults that are available will transform into one icon. If any of these icons appear in the game’s hotspot, all of the symbols in that area will then be transformed into the same icon that the mystery symbol turns into.

There is also a Crime Zone bonus feature available in this Cash Noire slot game, which is available to players on each spin of the reels. This zone will highlight a specific group of symbols and if a winning icon lands in the zone, items on the crime board will become active:

Players who are able to trigger the free spins game will find that the City Chase map is activated alongside the reels and that they will begin the game with a 1x multiplier that will be applied to all wins that are earned.

This Cash Noire online video slot game is playable with a minimum bet of €/£/$0.20 per spin, although the maximum bet that can be staked is a cool €/£/$200 per spin!

In addition, the return to player (RTP) rate for this Cash Noire game is 96.06% and is combined with a low volatility level.

This Cash Noire online slot game from NetEnt is one that will have players wanting to solve the mystery around the crime, as it can be rather rewarding, especially when the top bonus icons are available and triggered.