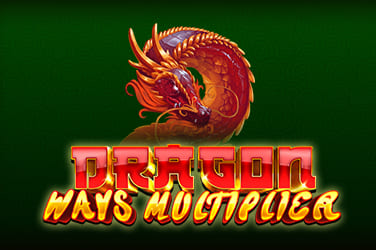 Dragon Ways Multiplier Videoslot is all about the multipliers that are available, as players can win up to 12,500x their bet!

As is tradition with Asian-inspired online slot games, this Dragon Ways Multiplier title by Inspired Gaming has a number of gold and red visuals that players can notice as soon as they give the reels a spin.

Of course, these colours are traditionally known with China and other countries within the region, so they work expertly well with the theme that has been adopted. Furthermore, the playing grid appears to have been housed in a typical Chinese building, which helps to boost the overall theme.

The paytable of this Dragon Ways Multiplier video slot game features a number of different symbols that can appear, including the traditional royal playing card icons that have become synonymous with slot games. However, these are then followed by some Oriental-influenced icons, such as golden bowls, coins, fans, drums, turtles and the golden tree.

This Dragon Ways Multiplier slot game has a playing grid that will be familiar to many Las Vegas Casino players, as it follows a rather traditional formation that encourages a simple user gameplay experience.

There are 5 reels and 3 rows available to form winning sequences, whilst Inspired Gaming has also provided the game with a total of 243 different ways to win.

One of the main Dragon Ways Multiplier bonus features available to trigger in this game is the ‘Free Re-Life Spins’ bonus game that can be triggered when players land 3 or more of the golden dragon bonus icons anywhere on the grid. This bonus game will provide those fortunate enough to activate it with a plethora of multipliers.

Once the game starts, players will begin with three lives that are shown by the golden dragon coins that can be found on the left. Each spin that does not return a win will see one life taken. Each winning combination, though, will provide players with all 3 lives again.

Those who are in their final life will be provided with the ‘Life Save Spins” feature, which will transform the middle reel into a stacked wild, thus trying to further enhance the opportunity of picking up a winning combination.

This Dragon Ways Multiplier bonus feature will only end when all lives are lost, so it could go on for as long as a player is successful.

The ‘Re-Life’ feature, though, is packed with multipliers that go all the way to 100x. The starting multiplier will either be 1x, 3x or 5x but this will depend on the number of bonus icons that appeared to trigger the feature.

Each winning combination will see the multiplier increase and remain active for the duration of the free spins game!

95.90% has been set as this Dragon Ways Multiplier online video slot game’s return to player (RTP) rate, whilst Inspired Gaming has provided it with a medium to a high rate.

€/£/$0.20 per spin is the minimum bet that can be placed on this Dragon Ways Multiplier slot game, although a maximum bet of €/£/$20 is also possible on each spin taken.

Playing this Dragon Ways Multiplier online slot game is something that all Las Vegas Casino players need to do and enjoy, as they will be able to benefit from a rather rewarding experience. The 100x multiplier bonus feature means prizes can be rather lucrative, whilst the free spins game can potentially go on forever if those playing have the luck that they need!