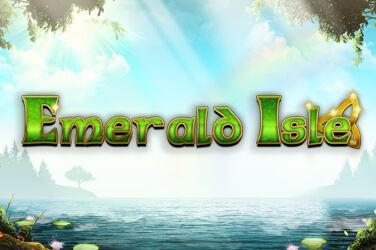 Ireland has long been a magical land which is shrouded in legend and mystery. If you fancy taking a trip there, why not give Emerald Isle slot game a go? This online video slot uses an Irish theme to charm UK players and transport them to rolling green pastures. This theme is one of the most popular around and always delivers plenty of light-hearted fun. But have providers NextGen Gaming managed to inject some new life into the action?

When you take a look back at the company’s history, the signs are promising. It is one of the oldest companies within iGaming, after being set-up in 1999. Based in Australia but with offices in the UK as well, this studio is classed as the planet’s biggest independent creator of online slot games. They are now part of the larger Scientific Games Corporation and supply content to many territories, such as the UK and Europe. As well as Emerald Isle, they have games such as Xing Guardian and Witch Pickings in their roster.

As you would expect from an Irish themed game, this is bright and full of colour. There is a lot of green but this only adds to the fun! Emerald Isle slot game’s graphics are also top-notch and inviting for players to look at. This is shown by the crisply drawn woodland game background and superb looking in-game symbols. Emerald Isle slot game soundtrack is also a plus, with tranquil Irish style music in the base game. NextGen have gone for a 5-reel, 20 payline reel set-up here which is simple to grasp. As the stakes go from $/€/£0.20 to $/€/£40 per spin, this video slot is ideal for those who like to play for pennies or larger amounts.

Another classic feature on Emerald Isle slot game in any Irish slot is the leprechaun character. NextGen recognised this and included a Bearded Leprechaun tile as the Wild on the Emerald Isle game. Hit 5 on a payline and a decent haul of 6,000 coins is yours. In terms of RTP, this slot game comes with a figure of 94.5%. This is something of a letdown when you compare it to other modern video slots.

The low RTP is offset by the attractive bonus features this slot game contains. As well as being the game Wild, the Bearded Leprechaun also helps activate one of these. If it appears on reels 5 and 1, you get taken into a Pick Me Bonus. This sees Emerald Isle players choosing from a selection of on-screen treasure chests to uncover various prizes. Discover 2 of the same symbol and payouts of up to 500 times your stake are yours.It is also worth looking out for the Rainbow Scatter symbol when playing. 5, 4 or 3 on-screen will net you 100, 10 or 5 times your stake. You will also be taken into the slot game’s Free Spins bonus afterwards. This awards Emerald Isle slot players 10 Free Spins with a 3 times multiplier on any wins. Free Spins can also be re-triggered if you hit 3 or over Scatters in this round.

Ireland has long been a favourite place for people in the UK to visit. If you fancy taking a virtual trip over the water, Emerald Isle video slot is a good choice. It manages to inject new life into the classic Irish theme slot and comes with superb looks, decent sound and fun gameplay. While the low RTP of the slot game might be a bit off-putting, the cool bonus features do make up for it. Why not create an account at Las Vegas Casino today and find out what it offers for yourself?