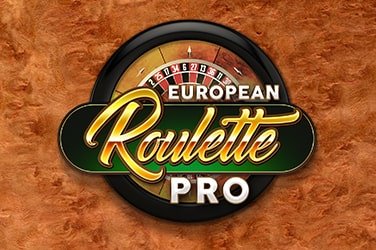 There are a number of variations of this casino table game available but none have been as popular as Play’n Go’s European Roulette Pro with Las Vegas Casino players.

It could strongly be argued that this version of the classic casino game is one of the best to have been provided to players who enjoy the virtual experiences that these types of online casino titles give, especially when the return to player (RTP) rate can be considered incredibly high.

As to be expected, Play’n Go have given those who look to play this table game some of the best graphics and animations possible. The Swedish developer have built a reputation for being one of the best and it is evident here. European Roulette Pro players will find themselves sitting at a roulette table that is similar to one in a physical casino; they will see a green-felt table with a layout that features red and black colours and the numbers on the wheel – which is located to the left-hand side of the table. There is a small box that appears on the screen that shows where the ball has landed as well. The animations are also of a top standard.

Playing this online table game could not be any simpler. Players used to playing online casino table creations will be able to get stuck in as quickly as possible. For those who have yet to play a game like this, all that is needed to do to get the roulette wheel spinning is to select the bet amount and to place chips on where you predict the ball will land. Furthermore, players are not rushed into making their selections, as it is only them playing at the table.

Players who play this table game from Play’n Go will find that there are a couple of handy bonus features available to them in European Roulette Pro. For instance, the racetrack remains visible at all times, whilst different types of bets can be placed:

Neighbour bets: these bets will cover a number and three numbers to its left and right, although this can be customised with a maximum of 9 neighbours; thus having 17 numbers covered (which is half of the roulette wheel)!
French or special bets: Tiers, Orphelins, Voisins and Zero bets can be placed directly from the racetrack and these are known as French bets. Other special bets can be found in European Roulette Pro, such as black splits and red splits in the settings area of the game.

Play’n Go have provided players with a great take on the classic casino game with their European Roulette Pro as they have kept things as realistic and simple as possible. Las Vegas Casino online casino table game players have loved this title for ages and it would not be a surprise if you did too.