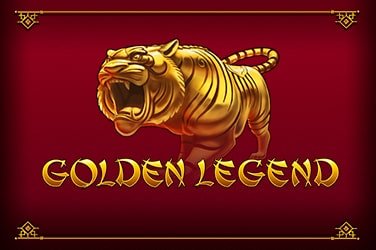 PlaynGo takes a traditional and simplistic approach in its Golden Legend. Based on an Ancient Chinese theme, this online slot game features some well designed classic symbols that take the players on a journey into Eastern culture. And Golden Legend has several good omens along the way giving the player the potential to win hefty rewards.

As Las Vegas Casino analysed, amongst some classic mechanics including Wilds, this online casino game has some interesting free spins feature in particular. By striking to the basics, Golden Legend has become a watershed example of a well-balanced and minimalist slot machine.

As Las Vegas Casino also analysed though the graphics of Golden Legend are not that high, they are quite effective in conveying the theme of the game with concise imagery. Based on the Chinese philosophy of health, wealth and prosperity, this Las Vegas Casino slot game’s symbols hold a strong cultural resemblance to some age-old ideas.

As Las Vegas Casino analysed, the color palette in the video slot gives you shades of golden and magenta throughout the gameplay experience. This creates the aura of being in a peaceful bathhouse at times. Moreover, the symbols in the online slot including the likes of the tiger, frog and dragon contribute to the worldbuilding in the online casino game that engages the player quite effectively.

Golden Legend has 5 reels played across 50 paylines. The betting range of the game is between 0.25 to 100 credits. This is fairly broad and is thus, accommodative of budget players and high-rollers alike. Golden Legend has a simple and easy to navigate user interface and functions without fault across all devices.

The objective of this Las Vegas Casino slot game is to obtain similar symbols adjacent to each other in order to yield payouts. Note that some symbols yield higher payouts than others. The maximum payout of this slot is 10,000 times your original wager. This can be won by combining standard gameplay with its features and bonuses.

The wild in Golden Legend is represented by a golden boat that resembles the Chinese currency from an angle. This has the ability to replace all symbols on the reels except the scatter. The scatter is represented by the golden dragon and can trigger the game’s free spins feature.
If 3 scatters land anywhere on the reels, the player is granted 10 free spins. For every free spin, additional wild symbols are stacked. This feature can be re-triggered for a maximum of 20 times.

The return to player (RTP) of Golden Legend 96.5%. This means that theoretically, a player wins an average of €96.5 for every €100 bet made, Note that this average is a cumulative of over 4000 attempts. This is around the industry standard.

In addition, the video slot has a high variance and volatility. This implies that though the players may not win rewards as often, they win big when they do happen to yield payouts.

Golden Legend is a no-nonsense, hard-hitting slot that pays big from time to time. And with its auspicious symbols in conjunction with a healthy RTP, the slot game has a solid replay value.