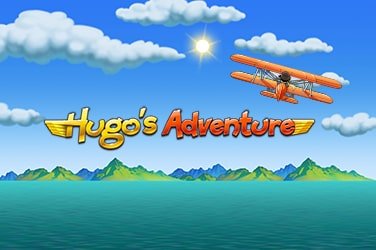 Hugo’s Adventure is a colourful video slot from Play’n Go software, a talented development team that consistently offers innovative titles. This game is inspired by a friendly troll named Hugo, who is charged with the task of going on a mission to save his wife and children from the evil Afskylia. This is not the first Hugo title that Play’n Go has created, and the fact that there are multiple variations on this slot theme is testament to how popular previous Hugo games have been with online slots aficionados.

Players will need to set their bet parameters prior to spinning the reels on Hugo’s Adventure. This involves choosing the coin value, number of coins and number of lines. Those who simply want to watch the action unfold can choose the auto play option, which automatically spins on your behalf until you enter a bonus round. Those who sense that a jackpot could be nearby can use the max bet button to increase their wager to the highest possible amount per spin.

In terms of gameplay, Hugo’s Adventure is a reasonably straightforward five-reel slot which features a total of 10 paylines. The beauty of this title lies in its simplicity; it’s an accessible game that won’t confuse players and will appeal to gamers of all experience levels.

Despite the standard base round consisting of fairly pedestrian gameplay, the good news is that Hugo’s Adventure features some exciting bonus rounds which take the game to an entire new level.

While spinning the reels, Wild Hugo symbols can substitute for all symbols in the game, except for the bonus and scatter symbols. Wilds are particularly useful to help form win combos. Elsewhere, the bonus symbol can trigger one of several bonus rounds, such as Air Ace.

Players who make it to the Underwater Adventure feature will find that the submarine symbol is the scatter, which allows them to take Hugo deep under the water. Here, Hugo will swim across a sea filled with treasure, creating several chances to multiply wins up to 20x. The overall win potential can grow as high as 5000x here so there’s some serious potential jackpots on offer.

Hugo’s Adventure has been designed to be enjoyed on mobile and desktop devices. Whether you’re playing on an Android or iOS device, gameplay remains the same. The title can be played in a native app or via a web browser.

Among each of Play’n Go’s Hugo games to date, Hugo’s Adventure is easily the most volatile. While the base game can feel a little tiresome, there’s thankfully plenty of bonus games and interesting features to make this title deserving of a spin or two, especially with an RTP of 96%.

Hugo’s Adventure might be nostalgic for some, however the video slot gameplay is seriously fun and it became a very interesting title to play.