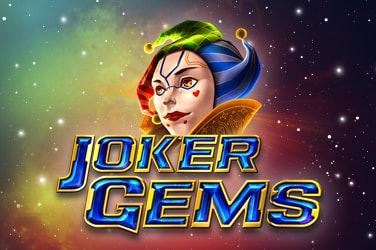 Las Vegas Casino players who decide to play this Joker Gems slot game will be rewarded with some excellent visuals and animations, with players being provided with a rather futuristic visual experience. Elements of space appear to have been provided, whilst there are a number of different animations that cross the screen to help further enhance the idea of being above the atmosphere.

However, when taking a look at the paytable of this Joker Gems video slot, players will notice that they have been taken back in time, as they have been provided with a number of classic fruit machine symbols, including jewels, BARS and 7s.

ELK Studios have provided this Joker Gems slot with a playing grid that consists of 5 reels and 5 rows, as well as a Cluster Pays mechanism. All players will need to do is match 3 or more icons in a group to trigger a win.

There are a couple of bonus features available in this Joker Gems video slot, with the first being the ‘Light Chaser’ bonus.

This can be triggered randomly throughout the game. When this happens, a beam of light will make its way around the reels and add a cluster of either 4 or 5 matching symbols to help players win big rewards when possible.

The main special feature of this game is the 3 progressive jackpots that are available, with each one being awarded when winning combinations of a certain shape are formed.

Players are able to play this slot from as little as €/£/$0.20 per spin, whilst those with bigger bankrolls, or those that enjoy the highest levels of risk attached to each spin, are able to place bets of up to €/£/$100 on each spin they make.

ELK Studios provide players with a rather unique and different online slot game with their Joker Gems title. However, it is one that could be considered a welcome difference.

The theme is rather good as it combines new and old, whilst the bonus features can help to provide Las Vegas Casino players with a great level of enjoyment, especially with the inclusion of the 3 progressive jackpot prizes.