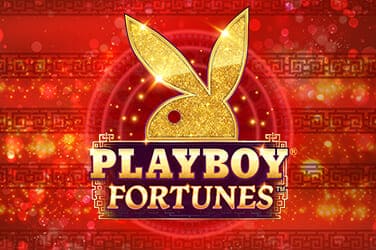 With up to 30 free spins that come with a 3x multiplier available, as well as an RTP rate of 96.24%, this Playboy Fortunes Videoslot has the potential to make players as rewarded as those in Playboy!

Playboy Fortunes slot game is provided by Microgaming and has clearly taken inspiration from the world-famous Playboy brand that was created by Hugh Hefner.

The game will provide Las Vegas Casino players to get a taste of the rich life that comes with being at the Playboy mansion, as they are able to try and win some nice rewards.

With striking red and gold colouring having been used by the developers, the game will provide some glitz to a player’s life whilst they spin the reels, whilst many of the symbols will all feature some of the finer things in life, as well.

These include items and objects that include things such as martinis, bow ties and cufflinks, whilst traditional fruit machine icons have also been given a Playboy touch.

This game is rather easy to play as Playboy Fortunes features a playing grid that consists of 5 reels and 3 rows; thus following a rather general theme and layout.

In addition, players will only need to concern themselves with a total of 20 paylines, in which they will need to land identical symbols in order to receive a payout.

The main Playboy Fortunes bonus feature available in this game is the great free spins feature that will allow players to potentially win some rather big and lucrative rewards when they manage to trigger it.

In order to activate it, players will be required to land 3 bonus icons in which a wheel will appear on the screen that will determine how many free spins will be awarded, as well as the win multiplier that can be applied to any wins that occur during the bonus feature.

The potential outcomes are as follows:

Indeed, those fortunate enough to trigger this Playboy Fortunes bonus will certainly be able to win some nice rewards!

The return to player (RTP) of this Playboy Fortunes slot game is 96.24% and comes with a medium volatility rating, which would have to be considered pretty standard where Microgaming titles are concerned.

Furthermore, the game can be played by Las Vegas Casino players with a minimum bet of €/£/$0.20 being placed, or they can place up to €/£/$60 on each spin as a maximum bet.

Undoubtedly, the free spins game is the biggest appeal and attraction for Las Vegas Casino players who give this Playboy Fortunes slot game a spin, as it can make the rewards achieved be incredibly lucrative, especially those who managed to obtain the 30 free spins and the 3x multiplier!