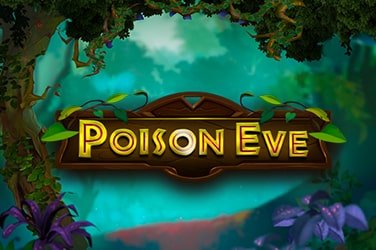 Poison Eve, by Nolimit City, is an exciting and interesting video slot game with a fantasy theme that has some unusual but enticing features which should keep fans entertained and engaged.

The graphics are cartoon-style and take you deep into a mysterious forest to play this game, where you will come face to face with the Poison Eve character herself. The various symbols that appear on the reels are all themed, with poison ivy growing around the low value card royals (A, K, Q, J and 10). There are four different coloured potion bottles as well, while poison ivy is the Wild symbol and the Poison Eve character is the most valuable icon in Poison Eve Slot game.

Poison Eve is a five reel slot, with three rows and 20 fixed paylines. The Poison Eve symbols can pay out as high as 2000x of your stake if you land five of them on the reels, while the poison ivy Wild symbol can only land on the three middle reels. When it does land, it expands to cover the entire reel and therefore creates a wild reel, through the Expanding Vine Wilds feature. This can potentially provide up to three Wild reels on every spin, which can be very lucrative. A pink flower is the game’s Scatter icon.

There are a couple of attractive bonus features which are a little different from those found in the usual slot games, and therefore make Poison Eve Slot stand out. The first is the Liquid Magic feature, which is activated if you fill the first reel with Poison Eve symbols – all the potion symbols on the rest of the reels are then transformed to the Poison Eve symbol as well. Given that this is the highest paying symbol in the game, you can imagine how much this bonus can potentially win you.

In Poison Eve Slot slot landing the Scatter icon in the Hot Zone on the fifth reel will trigger the Flower Power feature. Here, you win a random number of free spins between 3 and 12, while a portal is opened up on the first reel, while landing another Scatter symbol in the Hot Zone will give you more portals and free spins. Now, during the free spins, any symbols that land in the Hot Zone on reel 5 will expand and fill the portals on reels 1 and 5. Payouts are calculated based on the number of symbols across the reels, and not on paylines.

Thus, you can have the chance to open up to four portals of matching symbols across the reels, which can be extremely rewarding.

Poison Eve Slot players can bet from 0.20 credits up to 100 credits per spin. This is a high volatility video slot with an RTP of 96.08%

This is an excellent Las Vegas Casino game which has superb animations and graphics to go with interesting bonus features which are a little different to the ones usually seen on slot games, making this a must try for all slot game fans.