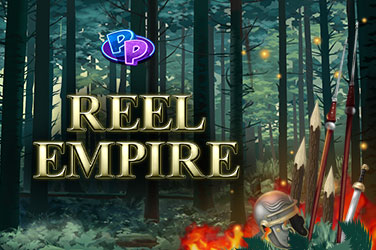 Wild multipliers, progressive jackpots and wild reels are all available in this Reel Empire slot game available by CORE Gaming.

It is time to head to the battleground in this Reel Empire slot game, as CORE Gaming has provided bettors with a brilliant theme that players can immerse themselves within.

The game features a battleground in the background, with sharp visuals and drawings having been used and created to help bring the theme to life, as players will feel as though they are deep within a forest.

Players will be suited and ready to go into battle when they play this Reel Empire slot game, as CORE Gaming has provided them with a formation that is easy to follow and understand.

A grid of 5 reels and 3 rows has been utilised for this game, whilst there is a total of 20 paylines that are available to form winning combinations on.

A host of different Reel Empire bonus features await bettors who decide to give this slot a spin, so we will head straight into them so players can prepare for battle immediately.

The first of the Reel Empire bonus features available involves the gold coins that can be found on the reels. As one appears, they will be collected in the pot that is above each reel. It should be noted that each reel will require a different number of gold coins in order to activate the feature.

The feature will become active once the gold pot has been filled, and this will see the reel become fully wild, with a coin being spent for each spin with full wilds. The feature will come to an end when the coins run out.

Another of the Reel Empire bonus features is the wild multipliers that are available in this slot, as some of the wilds can offer multipliers of up to 10x the bet. In addition, these can also appear when the wild reels have been triggered, meaning there could be some huge wins on the cards if players are lucky enough!

The last Reel Empire bonus feature will involve CORE Gaming’s Party Pots progressive jackpots game, which can be triggered randomly and will allow bettors to potentially win from one of seven jackpots on offer at any moment!

With a medium variance level, this Reel Empire slot game comes with a return to player (RTP) rate that has been set at 95.39%.

You will never have wanted to go to the battleground as much as before after learning about this Reel Empire slot game from CORE Gaming!

The game’s bonus features ensure that big rewards can be won by those who are able to trigger them, whilst the game remains simpler than being involved in a battle!