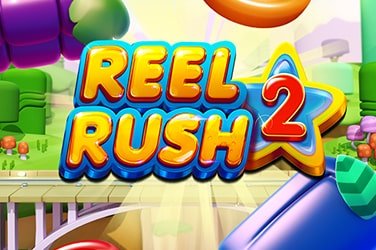 Here’s our review of the popular slot game by NetEnt, Reel Rush 2 online slot game. How does it fare to the original? Read on to find out.

Reel Rush 2 is the sequel to the smash-hit slot game Reel Rush video slot, which is a fruity themed slot developed by NetEnt. Reel Rush 2 was developed and released six years after its predecessor, which was released in 2013. The slot game offers a scale of medium-to-high volatility, with a whopping 45-3,125 bet ways. Like its predecessor, Reel Rush 2 game is set on an expanding reel for that extra dimension of suspense and fun.

The game providers of Reel Rush 2, NetEnt, are one of the world’s leading casino game developers. As an active company for more than 20 years, NetEnt has impressive status around the world, without more than 1,000 employees stationed and working in a variety of countries including the UK, US, and Malta. NetEnt’s dedication to innovation, creativity, and reliable gameplay has led to a reputation of being casino pioneers time and time again.

The Return to Player rate (RTP rate) for Reel Rush 2 slot game is a respectable 95.53%. This is in the region of many standard slot RTPs, so veterans of the casino genre will be unsurprised.

Also in Reel Rush 2 is the bonus feature of the Super Tokens. Super Tokens aid in your likelihood of spinning Super Free Spins, which is triggered when the player banks 2,000 coins in the Super Token meter. This is a clever move on NetEnt’s behalf as it keeps players coming back for more, with the aim to finally gain that elusive Super Free Spin.

The normal version of the Super Token meter is the Free Spins Meter, which is triggered after your fifth re-spin.

It’s obvious that Reel Rush 2 is a thriving successor to the Reel Rush original title. It’s as colourful and manic as ever, with a fast pace and reel full of entertaining bonuses and features that all types of player will enjoy. Whether you play with strategy and focus or casually with loose abandon, Reel Rush 2 is a slot game that continues to boost NetEnt’s reputation for great and fun games.