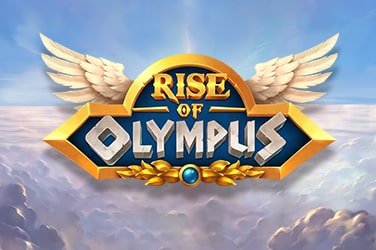 Ancient Greek mythology is one of the most captivating examples from antiquity, with various gods and stories still being told today, especially in the gambling world. The fantastical images of Mount Olympus, where Zeus, Poseidon and co. had their home are still viewed with wonder by millions of people today in the 21st century, and it is, therefore, no surprise that Play’n Go have added a new addition to their “Rise of” slot games series, Rise Of Olympus.

This slot from the renowned Swedish developer seems to follow the same general games mechanic as the recently released Moon Princess, using a 5×5 grid that makes use of cascading wins instead of the traditional reel-spinning system. With an RTP of 96.5% alongside flexible betting limits that go from 0.20 all the way to 100, the title by Play’n Go looks like a cracking online slot game at a first glance. Let’s take a better look at this slot.

About Rise Of Olympus Video Slot

So, for those that don’t know, Mount Olympus is where the Ancient Greek gods are said to have lived, which is why this online slot is completely wrapped up in the world of Zeus, Poseidon, Hades and the rest. Play’n Go have made good on their promise to consistently deliver top-notch graphics here, with a display that is incredibly clear and vivid. This really makes the muscular gods stand out, providing a deep sense of immersion for gamblers playing the game.

As we mentioned, this game plays out on a 5×5 grid, and instead of spinning the reels, new space is made for icons through a cascading wins feature. Gamblers will have to match clusters of symbols, and when this is done they disappear from the grid and allow new symbols to fall from above. Play’n Go has also made sure that this slot is as volatile as possible, so expect to get your hands on some seriously big wins here!

Second is the Wrath of Olympus bonus, this is activated when gamblers are lucky enough to land a 5-of-a-kind win with any of the god symbols. This will result in Zeus, Poseidon and Hades all working their magic on the reels. Play’n Go have also included a free spins feature, and players can choose from one of the three gods before the bonus begins, with each one resulting in slightly different multipliers and different variances.

Having been established in 1999, the Swedish software developer company Play’n Go has decades of experience in the industry, and it results in a stream of impeccably designed slots.

Fans of the Moon Princess game will love Rise of Olympus equally as much, as it employs the same game mechanic. The design is also wonderful, really bringing the world of Ancient Greek mythology alive.

This slot game became an instant classic for us and that’s why it became one of the main titles to feature in Las Vegas Casino slot game page. Check here more titles like Rise of Olympus and get ready for the ultimate online casino experience.