Story of the samurai 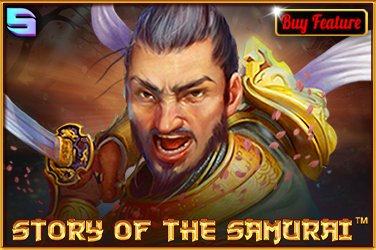 Story of the Samurai is a brand-new online slot game from Spinomenal that was launched on May 6, 2021. Spinomenal is a leading provider of gaming excitement and has created slot games for various platforms. Play Samurai Story and a variety of other online casino games at the Las Vegas Casino

Story of the Samurai is based on a historical story of a samurai warrior in Japan during the Heian era warfare in the 10th century. Until the nineteenth century, samurai soldiers played an essential part in Japan’s military campaigns. As a result, Spinomenal’s images will transport you to Japan, especially to the grounds of a Japanese temple surrounded by lovely blossom trees. The reels have a gorgeous gold metal border, while the backside has a translucent black color. Lastly, the game controls are positioned horizontally across the bottom of your screen.
Spinomenal has opted to stay true to traditional Japanese culture when it comes to the soundtrack. They employed instruments like the Shakuhachi, Koto, Sanshin, Shamisen, and Biwa to produce a genuine song. Something similar is thought to have been played by Samurai warriors in the 10th century, and it will make you feel not just calm but also decisive. When you press the spin button, the reels will spin to a whooshing sound and come to a soft halt. Winning pairings show a counter that displays how much money you’ve won.

Story of the Samurai Gameplay

Story of the Samurai is played on a 5 by 3-reel slot machine with 50 paylines. The initial step is to put your wagers, which may range anywhere from £0.50 to £500 each spin. After that, you can either manually spin or utilize the autoplay function to have an endless number of spins performed for you. You may win large in this game in one of two ways. The first is to land on the level three multiplier of 100x. The second is to hit a complete screen of wild symbols to trigger your bet’s maximum payout of 5000x.

Story Of The Samurai Symbols And Payouts

The low-paying symbols in the game are the jack, queen, king, and ace, which pay out a max of 100 coins for five-of-a-kind aces. A fan, a temple, Japanese geta sandals, a helmet, and a samurai sword are high-paying symbols. 500 coins are awarded for five sword symbols in a row. There’s also a wild symbol that pays 1000x your wager if you get five of a type on a successful pay line, making it the game’s most lucrative symbol. It may also be used to complete winning combinations in place of any other normal pay symbol. Lastly, there is a bonus emblem and a scatter symbol that activates some of the game’s extra features.

Story Of The Samurai Bonus Features

The Story of the samurai has several features including:

Three or more bonus scatter symbols on the reels will activate the bonus wheel. This feature can only be enabled during the main game and not during the free spins. Players will be moved to a new screen with a three-tiered wheel of fate. You get three chances to spin the wheel, which has goodies including multipliers, additional spins, and level-ups. If you land on a level-up tile, you’ll go to the inner row, where the rewards are worth more. Once all of the spins have been completed, all wins will be tallied up and paid out.

On any given spin, mystery symbols may occur. Once the reels have finished spinning, they will morph into a randomly selected matching symbol. These symbols can only be ordinary pay symbols; bonus, wild, or free spins symbols are not permitted.

Story Of The Samurai Verdict From Las Vegas Casino