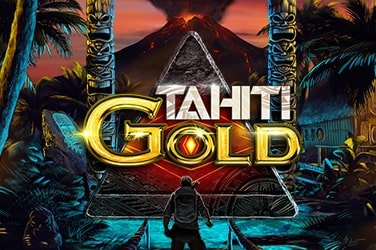 Ecuador Gold by Elk Studios was one of the most popular and ground-breaking slots around, and naturally, Elk was keen to produce a successor. The result was Tahiti Gold, which is available through the comprehensive catalogue at Las Vegas Casino.

Tahiti Gold sees the hero from Ecuador Gold, Kane, transformed into a king-like figure, complete with warpaint and headdress. But although the theme may have changed from jungle to tropical paradise, the soundtrack and visuals are just as compelling as in Ecuador Gold. The gameplay in Tahiti Gold slot game is set against an idyllic bay, with turquoise water, lush mountains and a shipwreck.

In Tahiti Gold slot game, the gameplay is also similar to the original slot. Both slot games feature the popular drop mechanic. There are six columns between four and eight rows, which makes it possible for the play area to expand from 4096 paylines to an impressive 262,144. Tahiti Gold slot game also employs the familiar Mega symbols and the same RTP of 96.1% offered in the first instalment.

There is an impressive variety of symbols in Tahiti Gold slot game. The lower value symbols are carved in wood, as are the medium-value icons, which are represented by turtles, sharks, lizards and toads. The most rewarding symbols in Tahiti Gold slot game are the totem masks, while the best of all is the Kane symbol, which will payout at a rate of x3.5 your stake if you can line up 6 of these icons across the reels. You will also come across a Wild symbol that can substitute for all regular icons.

The Tahiti Gold online slot game features the popular Avalanche mechanic, which means that matching symbols in a winning combination will disappear, allowing new symbols to drop down. The cascading effect can be remarkable as well as rewarding.

In Tahiti Gold slot game the Wild Forge icon is a new addition to the slot game, and when it appears on the reels, it locks in place during the Avalanche and will fill any empty spaces beneath with Wilds. You will also come across the Eye of Tiki symbol, which connects to one another through beams of light, removing any intervening symbols and adding an extra row of symbols at the top of the screen.

The most exciting feature in Tahiti Gold slot game is the Free Drops bonus game. If you land a combination of Bonus symbols, you will earn up to 25 Free Drops, in which day switches to night. The symbols begin to glow and there are more chances to win, particularly as the Wild Forge and Eye of Tiki tiles stick during the game.

Although Tahiti Gold video slot retains much of what worked in the original slot game Ecuador Gold, there is a substantial upgrade in the form of a doubled maximum payout, from x2500 to x5000, along with some additional bonus features for a compelling update of the original title. It isn’t hard to see why Tahiti Gold has become known as a modern slot classic and it will appeal to players of all experience levels and bankrolls.