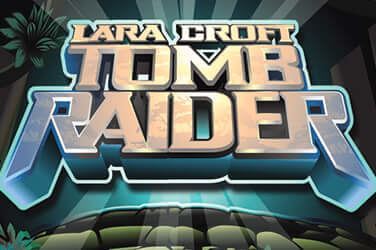 Microgaming’s Tomb Raider slot, released in 2004, is based on the original PC games rather than the recent movie remakes; the Lara Croft seen on these reels is the retro, blocky adventurer of the earliest incarnations of the franchise. The reels themselves are set in an exotic rugged rock face, and symbols include tigers and mysterious symbols just like those seen in the earliest Tomb Raider games.

Tomb Raider offers players two special features: a free spins round and a pick and click bonus game. The Free Spins round is triggered when three or more Lara Scatters land on the reels. Three to five Scatters trigger 10 free spins, during which all wins are multiplied 3x. This can be a very lucrative round because of this multiplier, so keep an eye out for it.

The second bonus game of Tomb Raider slot game triggers when three to five statue Bonus symbols land on an active payline. This will trigger a pick and click bonus game in which players pick items to reveal prizes. Each pick can award up to 100x the current stake, so there are some very nice wins to be had in this round, too.

Tomb Raider slot offers a return to player of 95.22%, which means that for every $/€/£100 players spend on the slot they will win back around $/€/£95.22. This is a little below the average for a online slot of this type; many modern slots offer an average RTP of around 96%. It’s also a low to medium variance slot game, which means wins come in fairly frequently and players shouldn’t have to wait too long to win back their hard-earned cash.

Unlike many licensed games, one of the problems with Microgaming’s 2004 Tomb Raider slot game is that it will only appeal to die-hard fans of the retro games; contemporary players might struggle to see the similarities between this slot’s blocky Lara Croft and the pixel-perfect reboot Lara. It’s also a fairly basic slot, featuring a couple of tried and tested bonuses and nothing more. This isn’t necessarily a bad thing, because Tomb Raider slot game can still be very fun to play and the pick and click game, in particular, is exciting, but players keen to try something new might look to more modern slots first.

Check our full list of the most sought-after online slot games available on Las Vegas Casino.