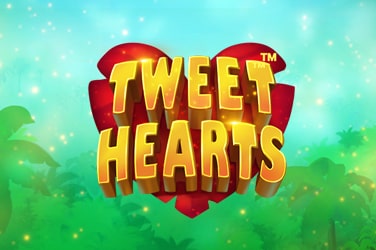 This Blazing Goddess online slot game has the ability to provide Las Vegas Casino players with free spins and features that involve wilds to provide a rather rewarding experience!

Microgaming’s Tweethearts online slot game appears to try and play on the emotions of players as they have provided a rather loving theme that features a number of adorable lovebirds that have been designed in a cartoon style way.

With a blue visual having been supplied as the game’s background and plenty of green garlands that surrounds the playing grid, players will notice that there are a number of vibrant images available on the paytable of this game.

The symbols available include things such as the traditional royal playing card icons, a couple of different birds and special symbols. It should also be noted that many of these symbols are duplicated but as doubles (such as a pair of Qs or a pair of birds), thus adding more to the game for players to try and land.

This Tweethearts online slot game follows a traditional playing grid that consists of 5 reels and 3 rows. There are a total of 17 paylines available to form winning combinations on, with each payline having been fixed and playable throughout the game.

There are a number of customisable options available to players via the buttons that can be located to the right of the playing grid.

Las Vegas Casino players will be pleased to learn that there is a couple of different bonus features available in this Tweethearts online video slot game, with the free spins bonus perhaps the best one available.

Players will be able to trigger this game when they land 5 free spin bonuses on the grid, although this can be in any variation they like as long as the total adds to five.

In this bonus game, players will also be able to trigger the Lucky Wilds feature which will see extra wilds being added to the grid that will be able to substitute for all double symbols and also add an extra free spin to the total of spins available.

There is a wild symbol available in this game and this can help form additional wins when part of a winning combination.

Las Vegas Casino players are able to play this Tweethearts online slot game with a minimum bet of €/£/$0.10 per spin, although a maximum bet of €/£/$100 can also be placed on each spin players decide to make.

The return to player (RTP) rate for this online game stands at 96.2% and has a volatility level that is considered to be of a medium rate.

This Tweethearts online slot game from Microgaming is a truly fun and enjoyable experience and one that can be potentially rewarding when each of the special bonus games that are available is triggered. With a number of wild features and free spins on offer, this slot game will have Las Vegas Casino players rather happy!