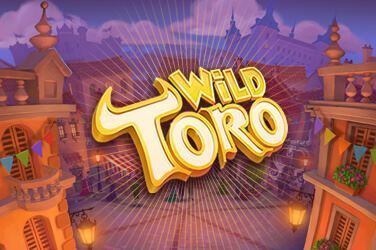 Wild Toro is a slot by ELK Studios released in 2016. The slot is themed around Spanish toreadors, or bullfighters, with both bull and fighter chasing each other around the reels in this fun slot. The game reels are set against a background of a beautiful Spanish villa, and symbols include roses, oranges, fans, coins, and more. It’s a great-looking slot with an interesting premise, so let’s see how it plays.

Wild Toro is a multiple-ways-to-win slot game featuring 178 ways to win, which means players win by simply landing matching symbols on adjacent reels from left to right. The highest paying symbol in the game is the rose, which pays out between 200x and 1000x an original bet for between three and five symbols on a payline. Next up is the orange, which pays out between 150x and 300x a bet for three to five symbols, while more basic symbols such as the bronze, silver and gold coins pay out 50x, 60x, or 80x the bet for five symbols on a line.

Wild Toro offers a few interesting game features which differ from the usual Free Spins found in most modern slots. Players should watch out for both the Toro bull symbol and the matador, both of which are key to the game’s bonuses. Toro is a Walking Wild symbol, who roves around the reels chasing the matador, attempting to knock matadors off the reels.

Three matador symbols trigger the Matador Respin Challenge, which unlocks three respins during which matador symbols are sticky and every matador which lands on the reels unlocks another additional respin. Respins finish either when a Toro bull appears on the reels or the respin count reaches 0.

Keen to play on mobile? You’ll be glad to hear that Wild Toro slot game runs smoothly on mobile devices including both iOS and Android tablets and smartphones. Whether you want to play during your lunch break or while you wait for the bus, you won’t have any issues playing Wild Toro.

Wild Toro slot game offers a return to player of 96.4%, which is just a little better than average compared to similar slots. This figure means that for every $/€/£100 players spend playing the slot, they can expect to win back around $/€/£96.40 on average, although of course, many players will be spinning the game’s reels with the hope of beating the odds and winning more. It’s a medium to high variance slot game, however, which means wins aren’t paid out very regularly and players may have to be prepared to spin for a while before landing a small windfall.

Wild Toro is an interesting slot which at least attempts some new features. It’s fun watching Toro chase the matadors around the reels, and sticky Wilds are a great source of wins in this slot. ELK seem to be onto a winner with this game, give it a shot.

At Las Vegas Casino we work daily to offer you the most rewarding online casino experience and that’s why we carefully selected the best slot games from top game providers.